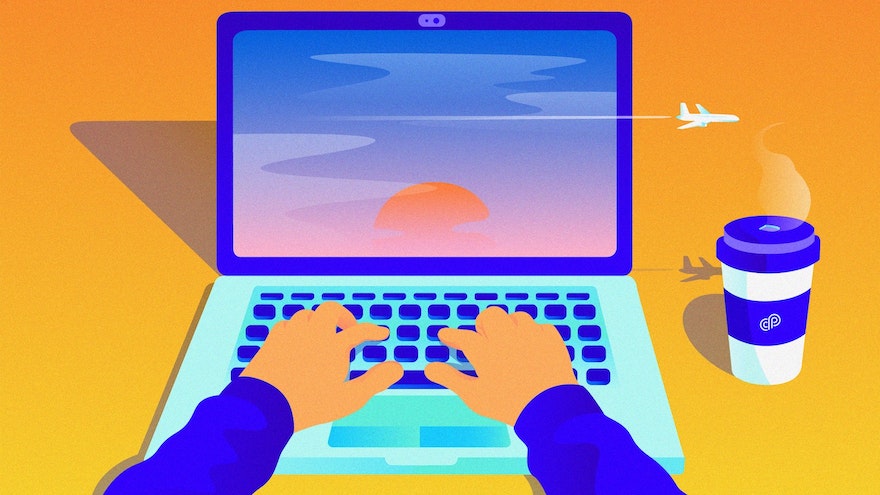 This is the second part of a 3-part story about CitizenPlane. If you missed it, we suggest you come back to part 1:

As we’ve seen previously, air distribution is rather complicated and, after years of dependency to third-parties, airlines are taking the power back over their distribution. Nonetheless, even if they succeed, they face one very big problem. It is indeed very hard to create a differentiated customer experience in a flight:

All of this means there is an awful lot of competition and no real product differentiation. This is a big problem for airlines because economic theory tells us that the market equilibrium tends to a zero-profit game. Worse then, the airlines market is made of two very different breeds of companies: low-cost and full-service (flag) carriers.

Historically, the fact that airlines couldn’t build a differentiated product didn’t matter because airlines didn’t compete to win over customers: they were mostly in a monopolistic or oligopolistic situation. 50 years ago, if you were a living in Paris and wanted to visit New York, you would most likely go to the beautiful Air France flagship at Invalides, but your ticket and head back home without an afterthought.

Forward 50 years later, in 2019, and the situation is much, much more complicated. Airspaces have opened and basically anyone — albeit rather wealthy — can purchase a plane and operate it. Distribution, as we have seen before, has become a mess too. Rather than going to the Air France shop, you’re probably going to open your computer, head over to Google and type your search in.

So this is where the fun begins: the sheer number of options available to a customer is overwhelming and they all have little room to differentiate themselves. This situation is of course particularly hard to cope with for older, full-service carriers that were used to a monopolistic situation. Nonetheless, is hard for everybody because, as stated before, this game tends to an equilibrium where nobody makes profit.

Therefore, airlines have to create a specific product out of their undifferentiated offer. How can they do so? Very simply: with their brand. Airlines position themselves within the market thanks to their brand ; each claiming something specific: flag carriers offer a premium service, loyalty programs, etc. while low-cost carriers offer cheap prices if you purchase your tickets long in advance.

The good news is: it actually works! Let’s take our Paris to New-York example. Where you had basically a choice of a handful of airlines 50 years ago, you now have the choice of tens of airlines. Even within the most undifferentiated class, i.e. economy, there are options ranging from the very cheap to the the rather expensive. There are some that include a piece of luggage, a drink, food, other that don’t. There are options that you, as a customer, know and others that you don’t.

Hence, comparing airfares is bloody difficult, but this is by design. Because each airline offers its own mix, it is possible to differentiate an originally undifferentiated product with two criterions: price and the level of service. Of course, each customer will make its decision depending their preferences: some will go for the lowest price, others for a certain level of service, others for a mix of the two.

From a theoretical perspective, this means that airlines build their strategy over two parameters in order to maximise their revenue: price and level of service. This translates into what is called yield pricing management. There are literally tons of articles about it on the Internet — so my point here isn’t to go too much into the details.

In a nutshell, yield management can be described as a mathematical program maximising revenue. In order to do this you have to sell the maximum number of seats for the maximum amount of money, right? Which means that each airline decides an optimal price based on their level of service. To maximise revenue, pricing is decided against two parameters:

You can obviously see the contradiction ;-) Each airline therefore chooses an optimum: low-cost carriers are all about load factor to guarantee cheap prices, while flag carriers tend to offer more service at higher prices ; albeit at the expense of fill rate.

In other terms, some airlines deliberately have to keep some seats empty to preserve their margins or for various business reasons. Obviously, even the best players have some empty seats, but the best in class can see their load factor climbing up to 96% of seats sold! In comparison, the average load factor in the industry according to IATA is said to be just a little bit over 80% (source).

To give you an example, here is a search for a flight from Lyon to Lisbon. You can see that two low-cost companies are selling at €35 and €69 and that a flag carrier is selling at €200. Is TAP crazy? Not at all, they have clients at this price and their cost structure can’t come as low as the low-cost carriers. So they deliberately try to maximise their margin.

In conclusion, load factor is sometimes low because of structural issues (seasonality, disinterest from customers, etc.) but also because of basic marketing concepts. If airlines started to slash prices before departure to fill their cabin, it would create a downward spiral because customers would quickly adopt a new purchasing behaviour and wait for last-minute deals.

Besides, it’s hard to justify competing on price, when you try to create a premium brand. Who would expect full-service carriers to compete with low-cost carriers on price when they claim to offer much more? As such, the equilibrium remains where it is: with a bunch of empty seats because selling more would harm brands and modify purchasing behaviour too much and end up destroying value.

So is this all? Not quite…

Read the next part